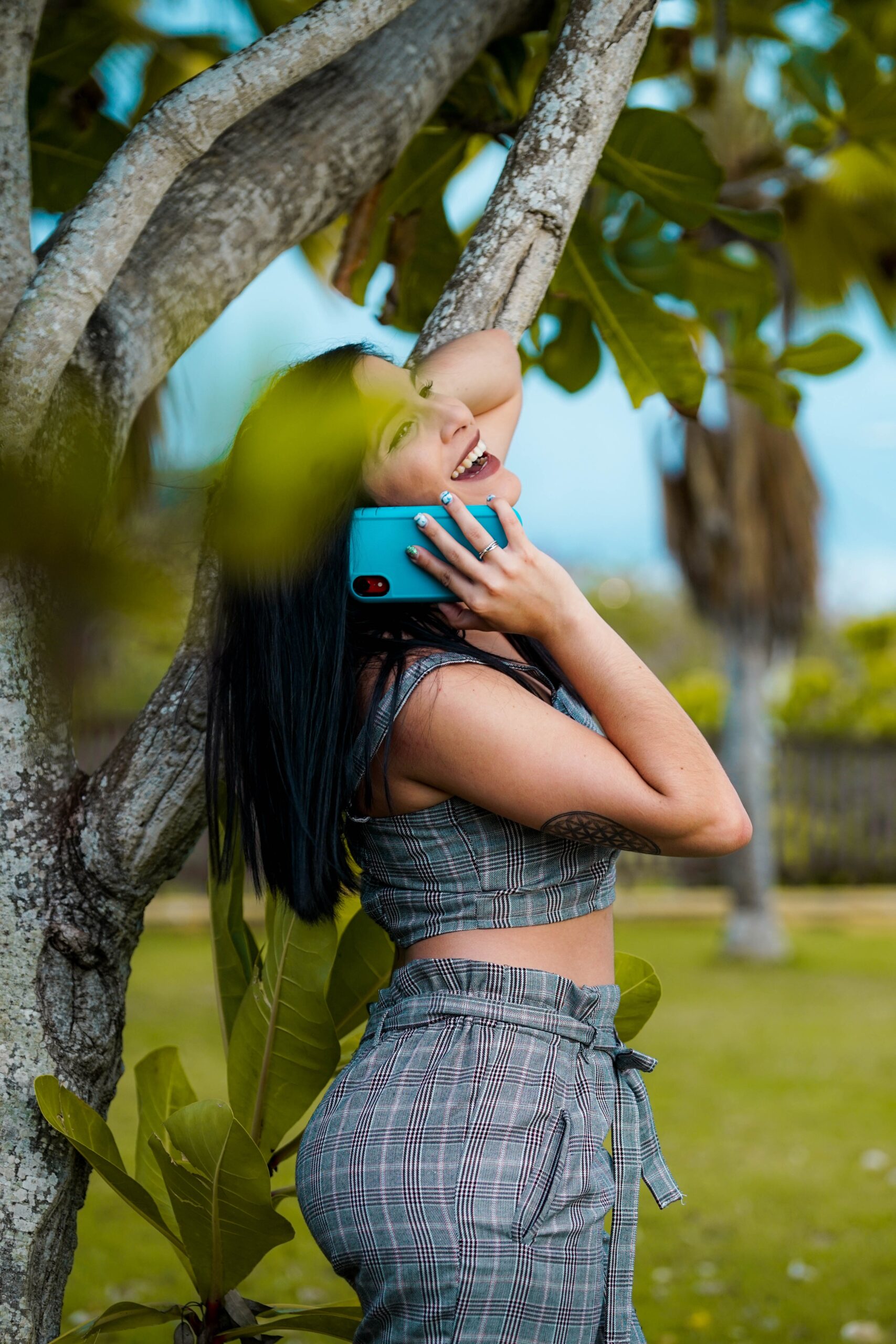 I often hear people say they would never do a long distance relationship, the idea of not wanting to miss out on the quality time or the physical touch in terms of the 5 Love Languages. Maybe it is just some sacrifice that comes with long distance relationships, I think people have more of a fear of cheating or just maybe not knowing what is going on with the other person.

So, lots of different things that can come up with fears that people may have.  I am here to tell you that if you are one to seek out long distance relationships  or whether it is something that just happens and you meet someone who lives elsewhere or if you are like Jake and me and it is a result of a job issue we are here to talk about that and I am a big believer that you can make it work.

eharmony kinda has that reputation

So, Jake and me, I will tell you a little about that. Jake and I met through eharmony so yea for that platform and online dating. It was funny, I was at a lunch this week and someone asked me “how did you and your husband meet?” I said “eharmony” , and they were like “oh, that makes sense, people meeting on eharmony” and they said that “another online dating platform that they had heard of that more and more couples were meeting and getting married from that” and “that it was a surprise that that platform isn’t one that you would really think about marriage.” I guess eharmony kinda has that reputation for couples getting married!

“Hey, I will be back in a couple months”

So we met on eharmony and we kinda just hit it off and at the time, Jake had torn his ACL and I think it was a snowboarding thing a couple months before so he was recuperating from that when we met. And the reason that I say that is because he wasn’t like working offshore at the time.

I wanna say we were dating for a month or two before he went back to work offshore again. And if you were like me and not sure what working offshore means, it is that the person usually goes away to work for usually at least two weeks at a time and I have heard upwards of , I think the longest Jake did was for two months at a time, but it can be 6 months at a time. I will just use one month at a time for this example. So, they work for one month straight, no days off and they typically work 12 hour shifts for an entire month with no weekends. Then they come home for an entire month, there is usually an equal time off.

That is how it was for Jake and me when we first started dating. I remember the first time he went offshore, and he was like, “Hey I will be back in a couple months, I don’t have any expectations and we can email and talk or whatever.” I don’t remember exactly what I had said, but I am a very committed kind of person and I wasn’t worried or looking to date anyone else so I  said “we will make this work.” I think that is when we kinda made our relationship official. It was great, we got to communicate as much as possible depending on the internet's connections, and then he would come home for two months.

Then his job changed, and he still worked offshore for a couple more years and his times out and his times at home might have changed from a few weeks to one month. He only did the two months stay a couple times, so it wasn't long at all.

In 2016, the oil and gas market, which is so up and down, had a lot of people's jobs were cut. This happened to Jake a few months before we got married. We knew we were getting married and we didn’t want him to work offshore forever, he wasn’t passionate about it. The oil and gas market still wasn’t great, Jake was home for about a year and a half where he did contract work offshore for a bit, he still went offshore at times, it just wasn’t regular. He did a few other things around that time, no other oil and gas jobs opened up, no desk jobs. That is when Jake started to look at a different type of engineering, and basically, that is what landed him in Virginia.

So, I moved to Virginia.

In March 2018, he was really without steady employment, for a year and a half. You get to a point as a couple where you start exploring different things, what will work, what can we do, how can we make this work. So, we started having conversations about, “what would it look like if we had to move?”

I had an established practice in Houston and at the time I had several employees and lots of clients, and I didn’t really want to affect everyone negatively by my needing to pick up shop and move.  Jake had found this amazing job in Virginia, so he went there and worked his initial 90 day probation and was officially hired that summer.

We were hoping that the position that he had here in Virginia, that he would be able to transfer back to Texas, and we found out over the next 6 months that that wasn’t going to happen.

In December of 2018, I began to pursue my licensure in Virginia, just to even see if I could get licensed. If you aren’t familiar, I am a licensed therapist. So your license is not nationwide, you have to be licensed in every state you are seeing clients. So, amazingly, that happened really quickly. That was kind of our final decision of ok, is Jake going to quit that job and and move back to Texas, and we figure out how to make that work or am I going to move my practice to Virginia and join Jake? So my getting my license was kinda that final decision for us.

So I moved to Virginia officially in summer of 2019. You might wonder what we were doing during that almost year and a half that he was in Virginia and I was in Texas. Well we visited each other A LOT. I wanna say that I came to Virginia every month, and when Jake was able to, he would come to Houston. Both of our families are in Houston, so he was able to visit family and friends when he was back in town. That is what we would do.

We did lots of FaceTime and I think that I told you guys that I don’t like the phone very much and so we did FaceTime a lot. We stayed in touch and just made it work. Now that I am here and we no longer have to connect long distance, I love it! Jake is really enjoying his job, which is really important. A lot of men, including Jake, it is important that they enjoy their job and do it well.

So now I reverse my travels, I fly back about every 6-8 weeks to see clients in person, otherwise I do virtual sessions with them. I am now building my caseload here. I just love the therapy community here. The dietitians as well, as I specialize with eating disorders, everyone is just so nice.

It is nice being in the same state with my husband, it is not that Jake and I love having a long distance relationship, we could do it or choose to do it, we just found a way to make it work.

That is something I talk with my clients about a lot. Marriage and relationships can be romanticized in pop culture whether it is movies, celebrities, TV shows or books. They can really be romanticized and individuals and clients I work with make this list, a list they want to have checked off on their next partner.

I often tell my single clients who are struggling with that in a sense, I tell them, you want to marry the person, not the situation. You are about to get married, your pattern, you are doing amazing, have amazing jobs and make money, you are living where you want. Whatever it is, you like the car you drive or commute. Don’t marry someone for those things, marry someone for that person.

Marriage is a lot about adaptability and flexibility. HAHA to those who know me because those are the areas of growth for me. You really have to have those skills and be with the person who you want to be adaptable with and adaptable for.

When Jake lost his job, he was worried about first time experience for him and what would this mean. I said, “I love you, and I want to be with you, and we could be living in a box under a bridge, I really want to be with you.” I think that it is really important to really look at serious committed life long relationships of being with that person and not the situation.  Same applies for long distance relationships - if you're both committed to finding creative ways to stay connected, you can make it work!

I don’t know, maybe check back with me in oh, 3 years.

In many ways it was kind of fun when I would get to see Jake and we could explore the areas where we currently live. It was like a mini vacation when we saw each other. So be intentional with each other. Make a plan, communicate often and visit often when you can. If it is desired, make plans on when you will live closer or just the next time you will see each other. Have something to look forward to. Make the most of the time you spend with each other.

That is something that Jake and I have noticed, we are in a place where our conflict is really manageable and we are ok with it. We have a lot less conflict now because of it. We attribute it to the work that we have done with the Gottman method but also because we have lived apart and now that we live together we have more of an appreciation for each other. I don’t know, maybe check back with me in oh, 3 years. HAHA just wanted to share some of that with you guys.

And if you are enjoying this podcast, we have lots of other content. I am constantly posting Gottman articles on my social media pages.

Help in the meantime: