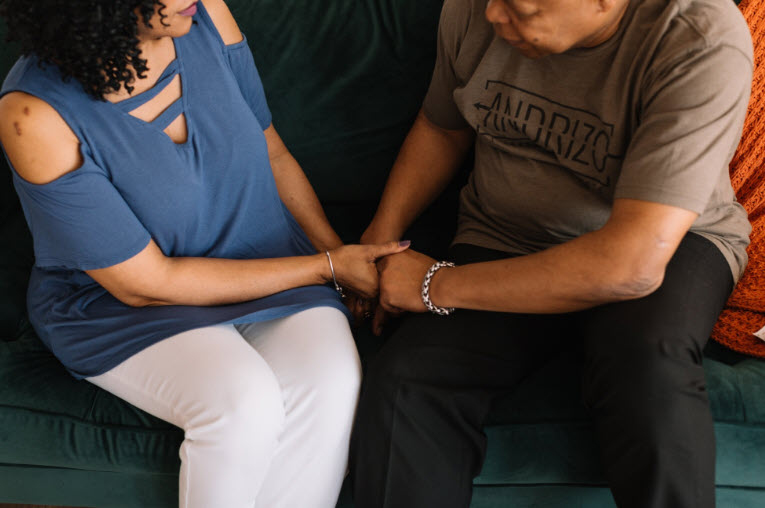 One of the main things you should know about contempt is that it is the #1 predictor of divorce, according to marriage research guru Dr. John Gottman.  Contempt is a way of communicating the conveys disgust, disrespect, and superiority. If you’ve engaged in (hey, none of us are perfect!) or experienced contempt, you’ve likely come across eye-rolling, name-calling or maybe grossly inaccurate character accusations.

But you don’t get it, my partner is…

…such an idiot.  He can never do anything right.  She is always forgetting important details whereas I never do.  They are such a child! Often said with that sort of contemptuous snarl, eye roll or glare.

I get it.  Trust me. I get it in the sense of being a therapist since 2006 and not really being surprised at all by the conflict couples have and the things they say to each other.  I also get it from having dated and being married myself! We are often not as enamored with our partners as we once were. Or perhaps it just fluctuates from day to day. But we can all do better.

This takes time, but contempt can be overridden by respect and appreciation.  It takes discipline to learn how to stop making contemptuous comments about your partner and instead learn to talk about your own emotions and needs.

Many of us think it’s too hard, but I believe the vast majority of us absolutely have the discipline in our own lives to be able to do this.  If you work out regularly, get up early in the mornings, work more than 8 hours a day, speak kindly and patiently to your toddler, don’t do illicit drugs…I could keep going, discipline comes in many forms.  Side note - sometimes discipline veers into rigidity and I’m not talking about that!

So most of us have the transferable skill to be able to pause before we respond with an eye roll or a name call.  Just pause. Take a deep breath. Reframe that thought into one of emotion. Instead of saying “you’re an idiot,” say, “I’m feeling confused right now and could use some clarification.” Or maybe something like “We’re on different pages, but I love and respect you.  Can I have some time to think about what you said and then we can keep talking about it later this afternoon?”

Or maybe it’s another way to show respect and appreciation.  Maybe you’re gently touching your partner’s arm during the interaction or holding hands.  My husband and I often sit on the couch and turn toward each other with our body language which feels to me like we’re a team and we’re going to figure this out together.  He often responds with “I can completely understand why you’d feel that way.” These sort of things really help us diffuse the conflict in a way that we’re able to more easily move through these tough conversations (that may or may not be solvable, but that’s another blog!) in a way that’s respectful and loving of our relationship.

If you’d like to know more or hear about this in a different way, here’s our video about the 4 Horsemen on YouTube.